Join us and be a part of a collective event, gathering the global Body of Christ to deeply impact our nations and future. Be blessed as you learn from experienced speakers and put into practice powerful truths that can change your lives and the lives of others.
We hope to see you in the South of France for a refreshing time in the Spirit!

Price: Free (offerings will be received)

JEN TRINGALE
Jen Tringale is an internationally known speaker, author, and strategist on awakening destiny. She is known for her integration of purpose, innovation, faith, and spirituality. Her messaging reaches across cultures and vocations to unlock purpose and potential within individuals, organizations, cities, and nations.

Her reach includes a robust international speaking schedule, her books “Your Defining Moment” and “Calling”, and a podcast that opened in iTunes’ Top 40 charts with an audience of over 130,000 listeners in more than fifty nations.
Her international influence includes meetings with Heads of State, Cabinet Members, U.S. Embassy and State Dept. Representatives. In 2016 she hosted a history making, nation-wide women’s conference in the nation of Grenada. It was the first of its kind with thousands in attendance, including dignitaries and prominent leaders. After over twenty years of ministry, Jen is positioned as a leading voice in the current generation who communicates with clarity, boldness, and passion on divine destiny and bringing Jesus Christ into culture.
Her initiatives to equip and empower extend beyond the pulpit and pew into every arena of culture for influential shift. She has appeared on television networks such as TBN, TCT, the Believers Voice of Victory Network, and has been featured in the Word of Faith Magazine.

Jen is a graduate of Rhema Bible College, and is originally from Florence, KY. She embraces both her southern roots and Italian heritage, and now resides in Nashville, TN.
(Publishers Harrison House Publishing 2015; Whitaker House Publishing 2018)
https://jentringale.com/

MARIE-HELENE MOULIN
Since 1987, Marie-Hélène has faithfully taught the Word of God, without compromise and with the great desire to see people walking in their God given redemptive rights. The timely Word that she brings connects people to the heavenly realities. Marie-Hélène is the founder and pastor of the thriving church « Ekklesia 21 » (formerly La Bonne Nouvelle) in Nice, France (on the French Riviera).

Over 10 years ago, she labored in Brittany to start a church and helped other works that were in transition, in France and Belgium, to move forward. Her publishing house Editions Lettres aux Nations has made available to the French speaking countries books authored by Billye Brim, Keith Butler, Patsy Cameneti, Tony Cooke, Creflo Dollar, Lynne Hammond, Mac Hammond, Joyce Meyer, Lucy McKee, Joseph Prince, Rick Renner, Andrew Wommack, Bob Yandian and others. Pastor Moulin is also the founder of the renowned European Prayer Conference, held in Nice, whose impact is felt in so many countries.
EK21.ORG

PATSY CAMENETI
Patsy Cameneti has been a teacher and minister of the Word for over 30 years and her ministry remains fresh and new every time she ministers. She began her teaching ministry at Rhema Bible Training Centre, Tulsa and worked and ministered there for over 15 years. After their marriage, she and Tony have worked in three continents of the world and ministered in many more.

While her ministry focus is to help both ministers and lay people be all that God has called them to be, she rarely ministers without touching on the subject of prayer. She is a seasoned pray-er and teaches on the importance of prayer in a variety of arenas; on a personal level, church level and in praying for governments and all in authority.

Her ministry and life are marked by a personal pursuit of God that has inspired many to also develop their own relationship with God in a real and personal way.

Patsy and her husband Tony, now pastor a growing church in a suburb of Brisbane, Australia and also serve as Directors of Rhema Bible Training College Australia. They have two grown daughters; Liliana who is married to Evan Brown and lives in the USA, and Annalisa who is serving in a ministry in mainland China.
http://cameneti.net/

RAY KELLY
Ray Kelly has been serving for over 30 years at Living Word Christian Center in Minneapolis, Minnesota (USA). Having been trained in prayer under the renowned Phil Harverson, Pastor Ray oversees the prayer ministry at Living Word with 85 prayer directors and meets with them to instruct, encourage, and impart principles of corporate and Spirit led prayer.

Each week, over 100 prayer groups are led by these prayer directors whose purpose is to prepare a pathway for signs, wonders, and miracles through Spirit led prayers.
lwcc.org 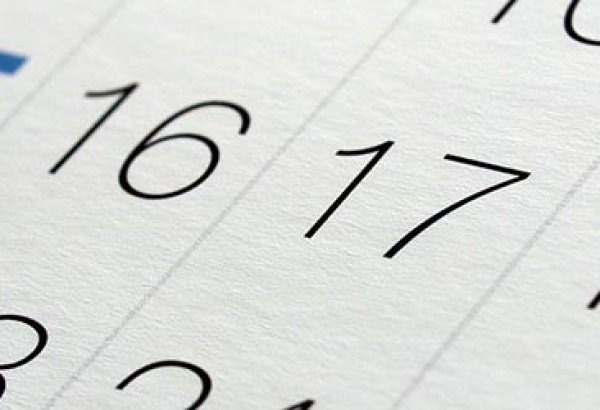